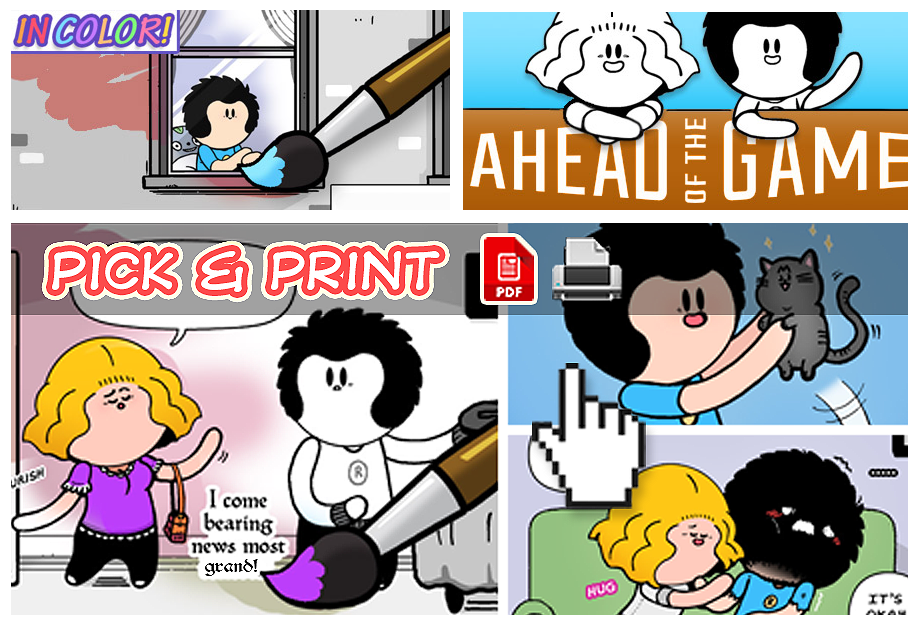 Constantly At Me – Living With Stacy #182

Hey there LWS fans, I have a new comic strip for you called “Constantly At Me.” Or for those savvy jokers out there, “Constantly @ Me.”  LOL.  This comic strip is literally word for word, all true. Stacy was frustrated (as impatient people tend to be) with all the Twitter notifications and push emails about every little thing. So she proclaimed out loud her hate for Twitter. When I asked “Why’s that?” She ingeniously responded with “Because it’s constantly @ me!”

I nearly fell over with laughter. What an awesome setup for an awesome joke. But then she frowned. “What!? It is!” and she slammed her laptop screen down in a rage.

I had thought she told the joke on purpose but it was 100% by accident. For those of you wondering, Twitter uses @ (at) handles to distinguish between users, so for example, @stacy or @ryan. So when she said “It’s constantly at me!” I thought for sure it was just an amazing joke. Boy, was Ryan wrong. lol.

Aw man….I guess the notifications were pretty aggressive. But you can always turn those off in user settings. Anyways, it was a fun time for me. Stacy also came around to her unintentional genius. 🙂

Anyways, that’s it for this weeks comic. If you liked today’s joke, then you’ll love my other comics like “Dressed Like That.”

Also, if you have a comic website, or you want to advertise to get your comic known more, definitely check out COMICAD.NET. It’s the best new thing in comic, arts and games advertising/publishing network. 😉